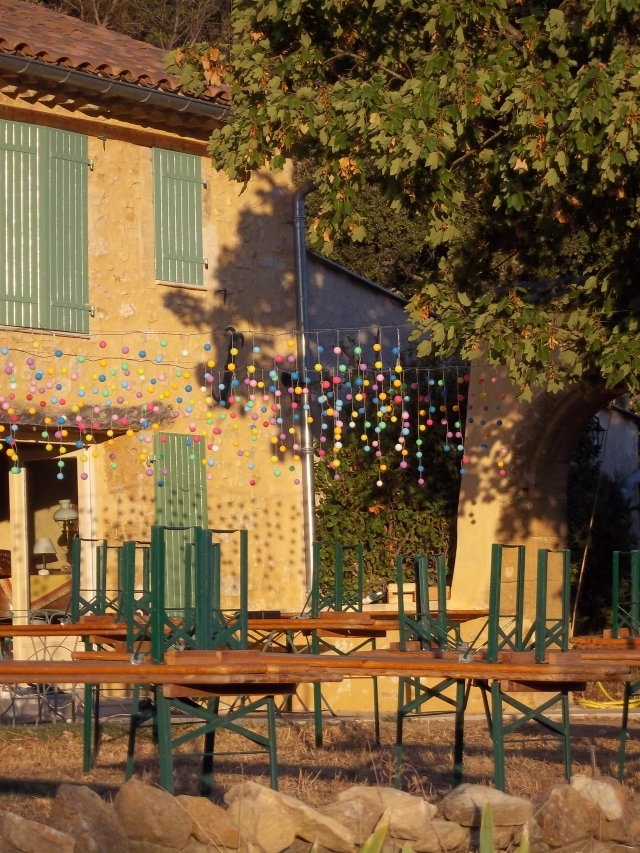 The summer travels concluded in style, with a trip to southern France for the wedding of a dear friend I met my first semester studying in Vienna. Back in the fall of 2012, we found ourselves returning practice room keys to the porter at the same time one day and somehow started to chat. Both wishing for friends in a new place, we agreed we should meet up some time. She suggested the following Thursday; I had plans for a group of acquaintances to come cook/share Thanksgiving dinner at my place and invited Pauline to come along. Since then, we’ve shared many happy memories together – in Vienna, in Paris, and at her family’s summer home in Provence. Also, I think she’s my only Vienna friend who has ever visited my home in Knoxville….

I’d never been to a French wedding before this past summer, but I guess this occasion set the bar hopelessly high! Pauline’s family is wonderfully hospitable, and it’s hard not to have a good time when you are surrounded by quiet countryside, with vineyards and truffle oak and olive trees filling the view from the stone house that fits right into the earth-toned surroundings. 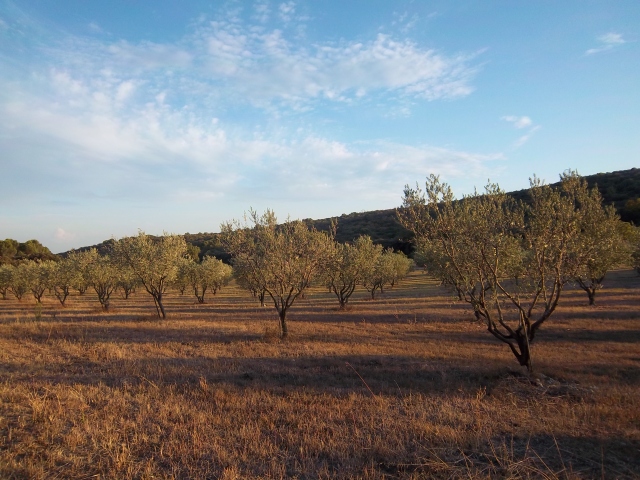 I arrived on Wednesday, Pauline’s dad picking me up at the closest train station in a little car that’s about as old as I am. 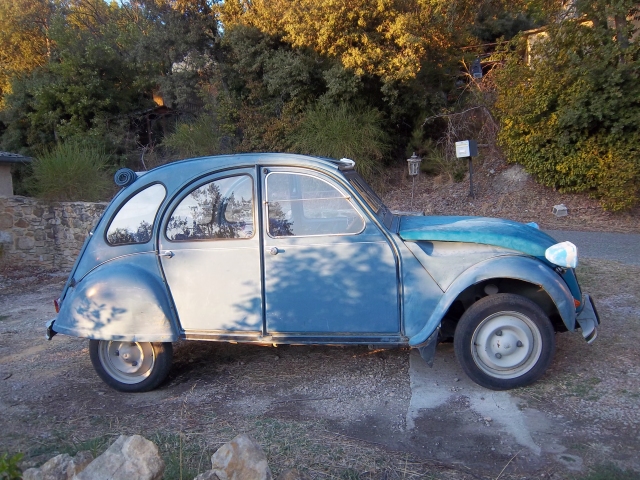 Thursday morning, a bicycle ride had been planned for all the American guests. (The groom is from the States, and he came with a fairly large contingent of family and friends.) At first, I was a bit skeptical of an e-bike  tour. But, in the end, what with rough terrain, enough hills, and jet lag, e-bikes were pretty brilliant. We had two guides, who didn’t stoop to e-bikes themselves and who were ready for the couple of flat tires we encountered.

The route took us through the countryside – dotted with vineyards and oak and olive trees – and through ancient towns – square church tours and rustic stone homes graced with lace-edged curtains. 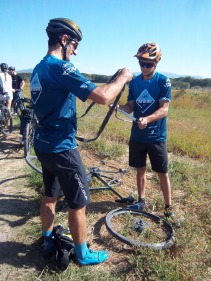 The following morning, wedding preparations continued. (The civil wedding on Friday afternoon was to be followed by a party in the back yard.) Colorful lights were strung, tables were set with Provençal tablecloths and simple decorations gleaned from the nearby olive trees. A food truck arrived. We practiced snatched of music for the church wedding on Saturday. 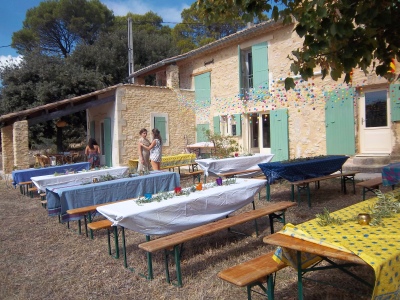 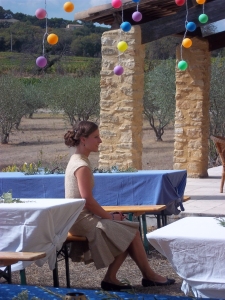 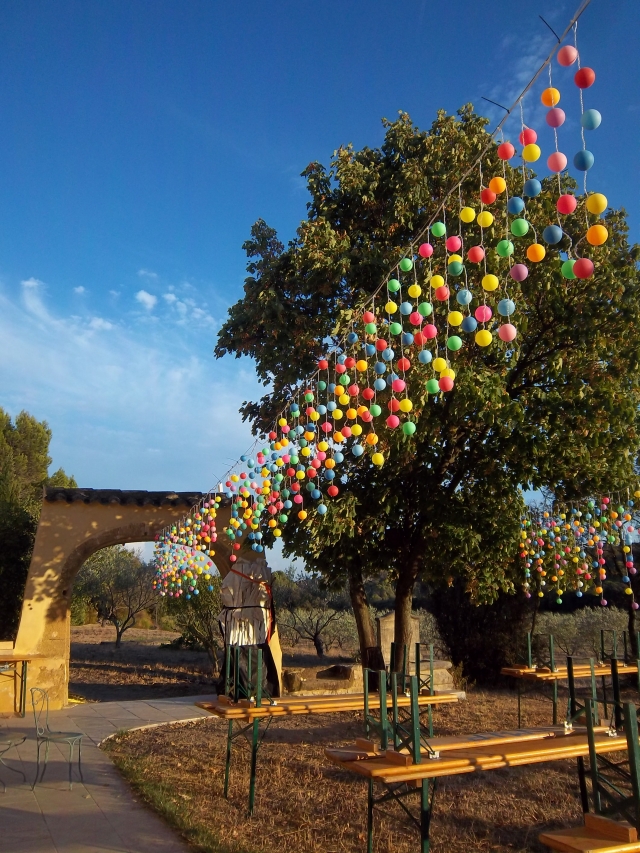 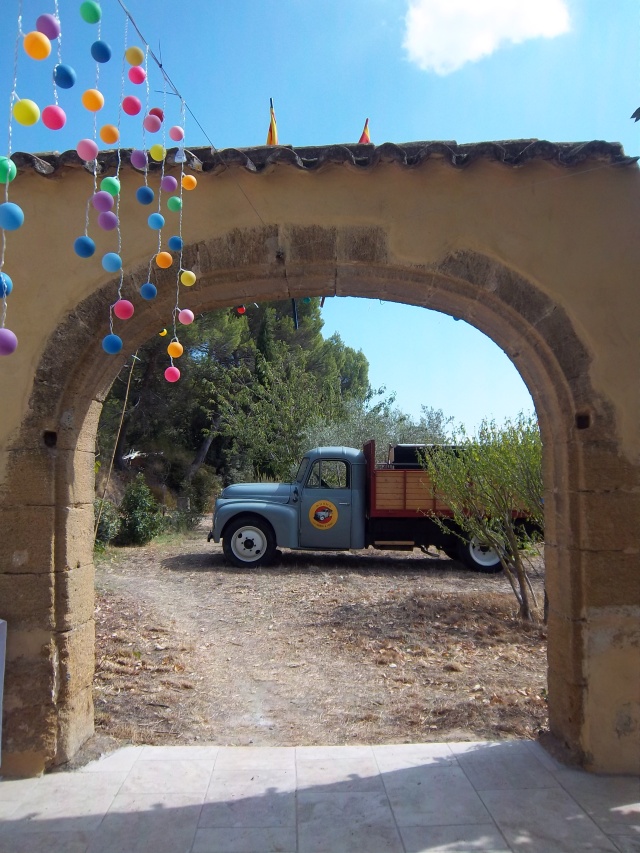 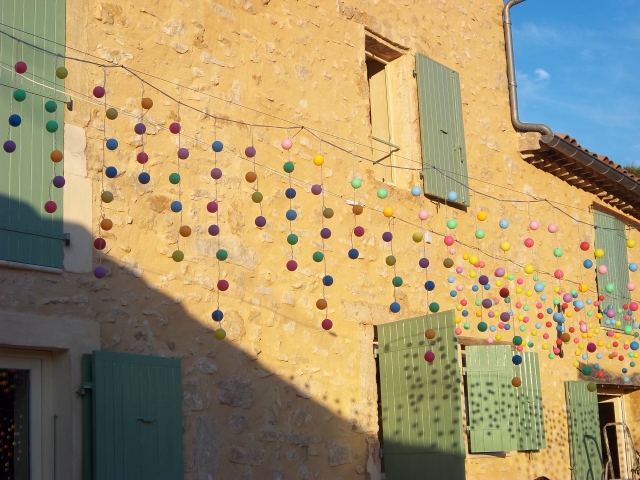 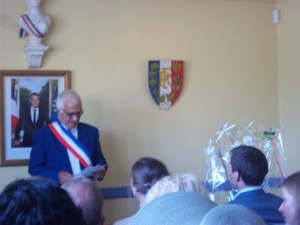 The afternoon civil ceremony was held in the village’s town hall – I’m not sure it had ever been so packed! Monsieur Mayor read the brief articles of marriage, and the happy couple said yes and signed the requisite paperwork. After the brief ceremony, we gathered on the local plaza, the photos and visiting accompanied by background music provided by two local musicians. 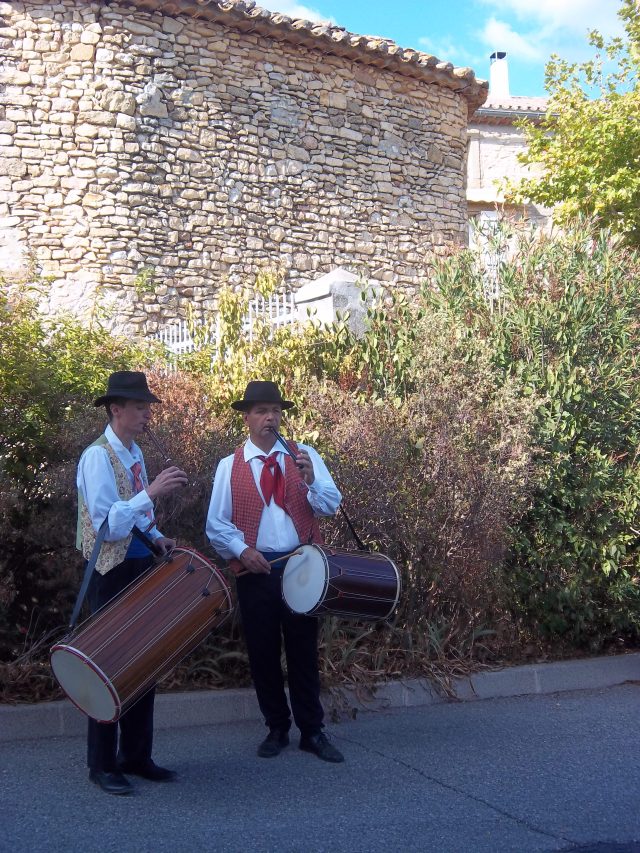 The evening’s party was relaxed – twilight settling over the festively-adorned lawn, good food and drink, and a few speeches.

Saturday dawned with rain in the forecast, but that wasn’t allowed to spoil the day. Early afternoon, the musicians for the church ceremony gathered for our one and only rehearsal all together. There was a small choir, as well as violin, cello, clarinet, bassoon, and organ (me: keyboard). It was a bit nerve-wracking, but also fun – we were short on time and everyone wanted to play especially well for Pauline (a fabulous violinist).

The ceremony was conducted by a priest hailing from Chile, who is a close family friend. The beautiful setting and thoughtfully crafted service — a tiny, packed church, dating probably to medieval times,  simple decorations made of dried wheat and lavender, beautiful Baroque music — created a very special atmosphere.

After the wedding, there were the customary photos for family, and then we all headed to the reception at a hotel some little distance away. Oh my, what a grand occasion! Drinks and hors d’oeuvre were followed by a splendid meal.  The tables were set not only elegantly, but Pauline had carefully placed the guests; I found myself seated between a French violinist and a Korean cellist – both friends whom I met at the music university in Vienna. Moreover, each of the perhaps 100+ guests’ name cards included a hand-written note! 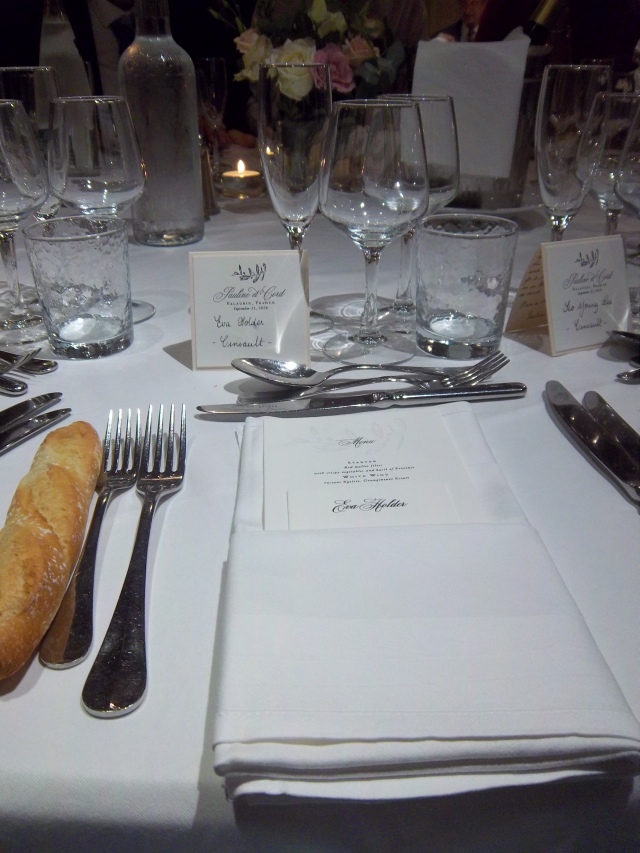 A leisurely four-course meal was interspersed with speeches and by the rather hilarious retelling of the bride and grooms’ first meeting. Dinner was followed by dancing that continued far into the night. I think I left around 2 or so (a.m.), but the party was far from over!

The next morning, there was a brunch for all the wedding guests, and then people slowly dispersed to their respective homes. I caught a train back to Paris and spent the night at a friend’s place. The next morning there was a bit of time to walk through Paris – past the construction zone around Notre Dame and along the Seine and through a corner of the Luxembourg Gardens – before an afternoon flight landed me back in Vienna. 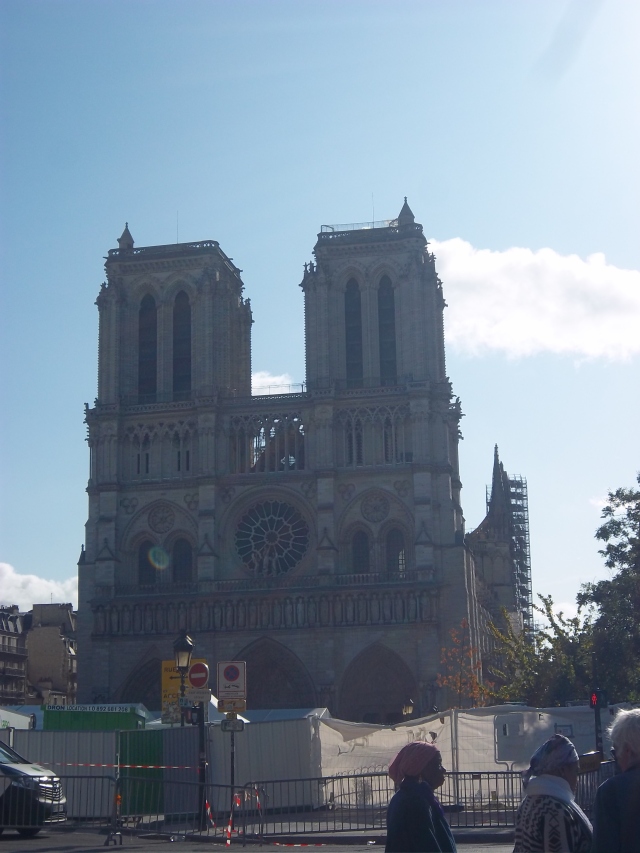 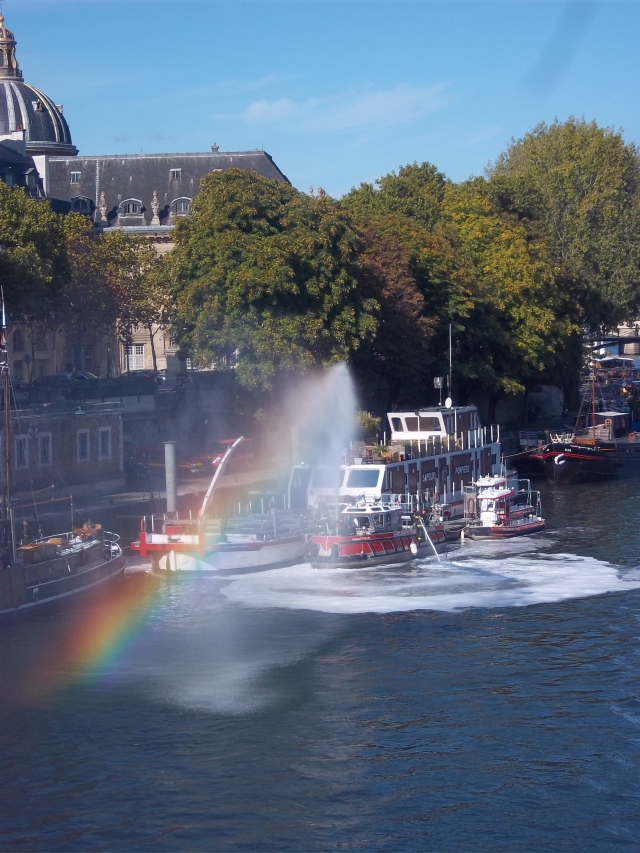 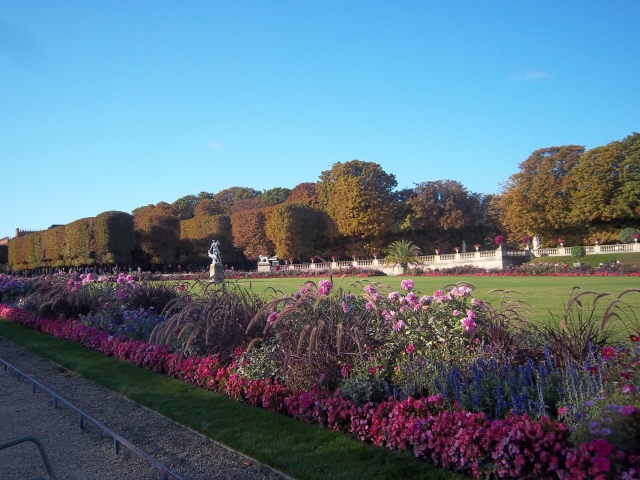 What a summer! I am thankful for the many wonderful visits and for the time outdoors and for the special occasions to celebrate with family and friends.